In the figure below, the Mozambican (17) and Kenyan (18) SPACES sites can be seen in comparison to reefs from around the Indian ocean and Western Atlantic. The poorest reefs in both countries have a zero or even negative growth rate, while some of best reefs show some the highest accretion rates measured in the Indian Ocean… 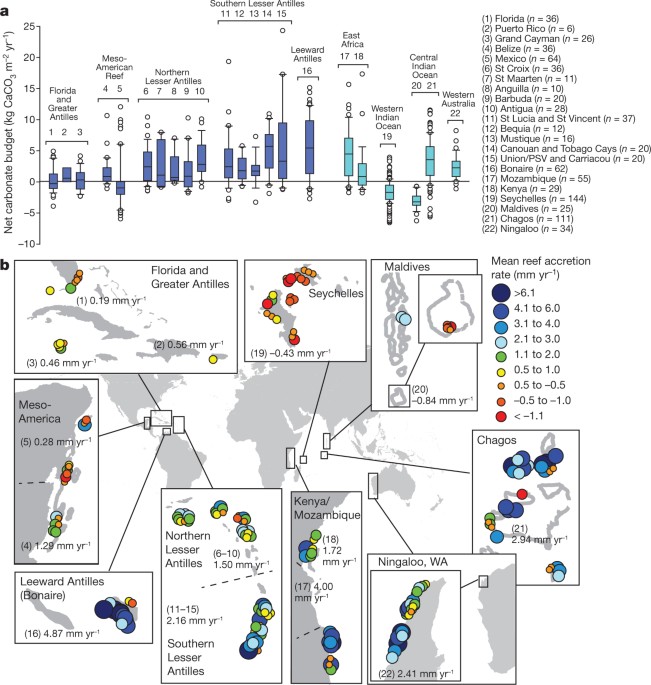 Meanwhile, rates of sea-level rise are increasing – and the results suggest the most reefs will be unable to keep up. As a result, water depths above most reefs are projected to increase rapidly through this century. This figure from the paper shows expected deepening of water over the reefs under more moderate (RCP4.5) and more severe (RCP4.5) scenarios of climate change.

Like most sites in the dataset, the SPACES sites mostly show a deepening, with only a few reefs in each country projected to be able to keep up with sea-level rise even under modest projections. The poorest reefs under the higher climate change scenarios are projected to become up to 80cm deeper. 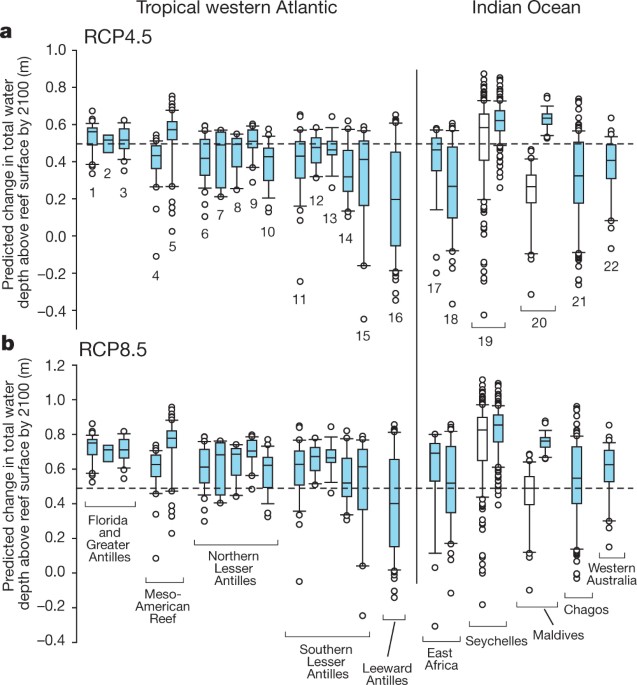 This is of critical concern because reefs play a key role as natural sea defences by limiting coastal wave energy exposure. The study concludes that efforts to tackle climate change must be coupled with careful management of fishing and water quality protection to prevent widespread submergence through this century.

the full paper is here:

…and a more popular summary here:

A report entitled “Predicting Future Oceans: Climate Change, Oceans & Fisheries” newly released by the Nereus program, an international interdisciplinary research program aimed at predicting future oceans, suggests that future seafood supply in the world will be substantially altered by climate change, overfishing and habitat destruction if we do not take actions.

WIOMSA presentation on the concept on the evolution of climate change science and the limitations of the Intergovernmental Panel on Climate Change (IPCC). The Blue Carbon initiative created an internationally applicable standard for quantifying and measuring coastal carbon. The presentation finishes with recommendations for the way forward.